Since the end of 2012, Taiwan’s Junyi Academy has put more than 10,000 free educational videos and 40,000 inter­active practice questions online. Its platform has more than 1.5 million registered users, and every month more than 200,000 students actively log on and learn with it. From elite schools to rural classrooms, from private cram schools to remedial classes for disadvantaged groups, the technology-aided learning it facilitates is moving education beyond classrooms and textbooks. By changing how students learn, Junyi is helping the disadvantaged as well as the gifted.

On a rainy afternoon, we arrive at Zhi­min Junior High School in Yuanli Township at the southwest corner of Miaoli County. However remote and rural the loca­tion, the students in the classroom we visit each have a tablet and are logged in to Junyi Academy as they complete a worksheet. The teacher, Zeng Jia­wei, moves from student to student, providing guidance and checking on their answers.

Launched in 2017 in a collaboration between the Miaoli County Department of Education and Junyi Academy, the classroom provides supplementary re­medial math­ematics education during regular class time.

The school’s director of academic affairs, Zhang Shu­ping, explains that the classroom is filled with students who were identified in seventh grade, their first year at the school, as weak in math. When other students are taking their regular math classes, these students go to the remedial math classroom. It has its own bandwidth, which enables students to log on to the Junyi Academy. Hence it and others like it are called “Junyi classrooms.”

Founded amid a rising tide of web-based education projects, Junyi Academy first went online in 2012. “Hoping to do things that help education in Taiwan,” its founder, Fang Shin­jou, who is also chairman of Chengzhi Education Foundation, got authorization to use resources from Khan Academy, the largest free self-study site on the web. His aim was to provide free, first-rate educational materials tailored to Chinese-­speaking learners in the Internet age.

Junyi has also become the biggest platform for online learning among Taiwan’s elementary and junior high schools. Behind the scenes, another key figure in its rise is Ray Lu, known as “Taiwan’s Kahn,” who is now chairman and CEO of Junyi Academy.

First in his class from elementary school through senior high School, Lu was still an intern at a hospital in 2012. One day, scanning newspaper headlines at a breakfast joint as he drank his soy milk, he came across an article titled “Bill Gates’ Favorite Tutor.” It told the story of how hedge-fund analyst Salman Khan founded Kahn Academy.

When working as a home tutor years earlier, Lu had noticed that when students came across a concept they didn’t understand, if they couldn’t find someone to explain it to them they would often get stuck, unable to understand their textbook and reference materials.

If students whose parents were able to pay for sup­plement­ary education encountered such obstacles, the situation was naturally much worse for those who couldn’t afford tutors or cram schools, or who lived in remote areas without educational resources.

Inspired by Khan, Lu started in his spare time to make videos about high-school English and math, giving clear, in-depth explanations of under­lying concepts. He posted the videos on YouTube in the hope that students who wanted to learn would watch them. The students could watch the videos over and over until the concepts entered long-term memory. In this way he could help to close the educational gap between the haves and have-nots.

Lu’s virtuous desire to share knowledge caught the attention of Junyi founder Fang Shin­jou. In 2013 Fang invited Lu, who was by then a licensed doctor, to join the KIPP-Inspired Schools foundation as a special instructor for video teaching projects. Chang Hui­-cheng, the founder of Sharestart, says of Lu: “He forsook the much-admired field of medicine with its ‘gold rice bowl’ for the ordinary status of a teacher with its ‘iron rice bowl.’”

Faced with a choice between practicality and pursuing his dreams, Lu chose the latter, steadily taking steps to achieve his aim of “providing free educational resources for all.”

Tech that tears down classroom walls

Lu was promoted to chairman and CEO of Junyi Academy in December of 2017. Standing 180 centi­meters tall, he wears an untucked blue shirt on the day of our interview. When asked about how Junyi is changing edu­ca­tion in Taiwan, it brings out the teacher in him as he scribbles English words on a whiteboard: “smart assist­ant,” “training coach,” “policy advocacy.” It feels as if we are watching a live educational video broadcast.

“Junyi integrates AI, big data, and smart software to create a ‘smart assistant’ that can serve as a tool to help teachers and students continue learning outside of class,” he explains.

The smart assistant has all of Junyi Academy’s free videos, covering curriculum from elementary school to high school, including math, natural sciences, English and so forth. More than 10,000 videos have been collected featuring experienced teachers, and there are practice questions to answer after watching them.

“Technology offers great opportunities for students to learn at their own pace and for instructors to truly teach to students’ abilities,” Lu emphasizes.

Apart from enabling students to watch self-study videos at home, Junyi also encourages schoolteachers to make use of its resources in the classroom.

Having studied medicine, Lu believes that teachers are a lot like doctors: In the classroom they must diagnose problems and look at their students’ educational histories (much like doctors looking at patients’ medical records) to analyze their strong and weak points.

As a non-profit organization, Junyi has put a special emphasis on helping the disadvantaged. Junyi started working with Yi­lan County in 2014. In 2016, it began to work with the K-12 Education Administration of the Ministry of Education to provide support to 20 schools in Ping­tung and Miaoli counties.

Currently, there are about 10,000 teachers in Taiwan who encourage their students to use the Junyi platform, and 1000 who directly use the platform during class periods.

Originally inspired by Khan Academy, Lu was able to meet his idol Salman Khan in person in the United States in 2014. For its international exchange programing, Junyi Academy invited John Bergmann, founder of America’s Flipped Learning Network, and Brian Greenberg, CEO of the Silicon Schools Fund, to visit Taiwan.

The two educa­tion innovators saw with their own eyes how remote rural schools were making use of the Junyi platform to improve the learning atmosphere among poorly motivated students, and they both affirmed that Taiwan was among the leaders of educational innovation in Asia.

In 2018 Junyi became the first organization in Taiwan to receive financial support from Google.org. With a two-year US$1 million grant from Google, Junyi increased support for classrooms serving disadvantaged students.

Thus far it has selected 9 NGOs to support training for those classrooms, empowering more students to take advantage of Junyi’s resources.

In 2017 Junyi introduced webpages for parents, and this year it has launched a smartphone app enabling conversations with Junyi “virtual teachers.” During summer vacation, the educational achievement gap typically widens.

So this summer Junyi has introduced “weekly parent‡child study plans” in the hope that parents can lead their children to establish learning goals. If the goals are met, the children can receive rewards of some kind. In this manner, students won’t be academically idle during summer break.

The digital age of personalized learning

For the many elementary students who use Junyi, the platform is like a super­computer that can teach and provide practice questions. It can also tabulate scores and give badges of attainment. Behind this “computer” are all manner of young professionals in STEM fields such as information science, electronics, and engineering.

They have forsaken the high salaries of private-­sector employ­ment to contribute their expertise to this non-profit, working as a team to achieve the platform’s success.

Junyi’s aim is to personalize learning via technology. “Every child can become a lifelong learner,” says Ray Lu, describing the organization’s vision. “And that includes disadvantaged students and students making middling and poor marks. They can gain mastery of subject matter and build skills for their futures.” 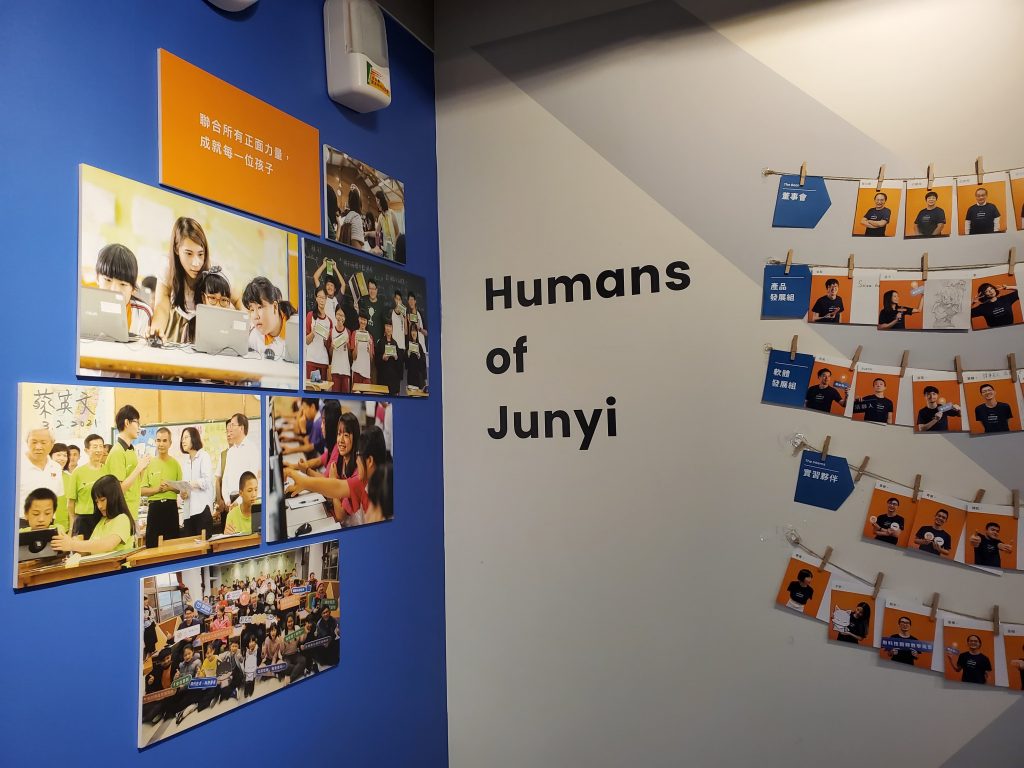 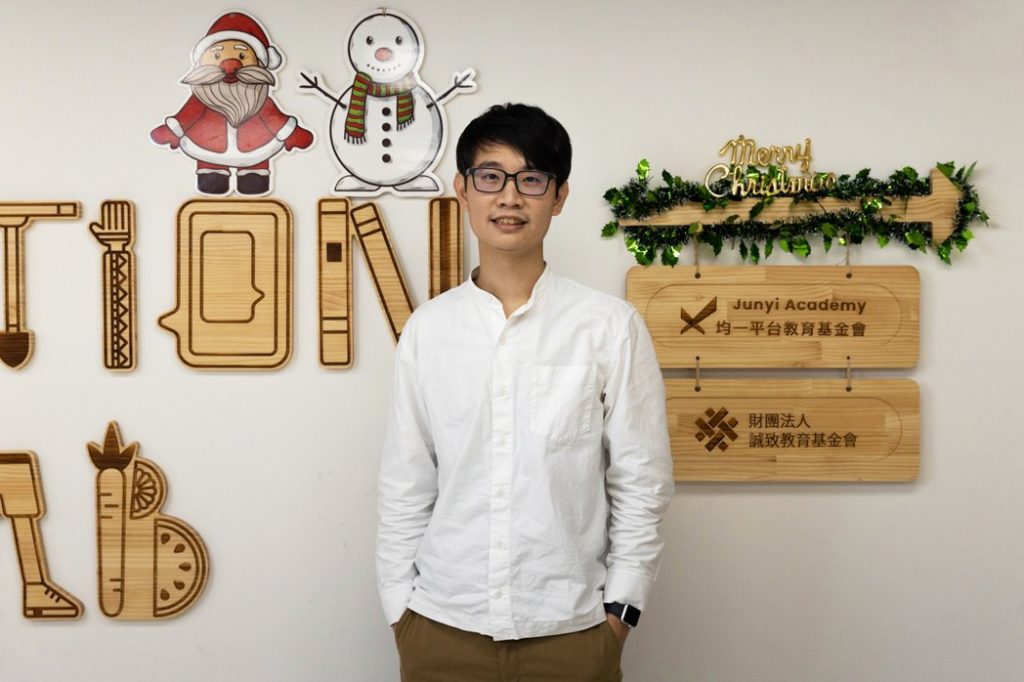 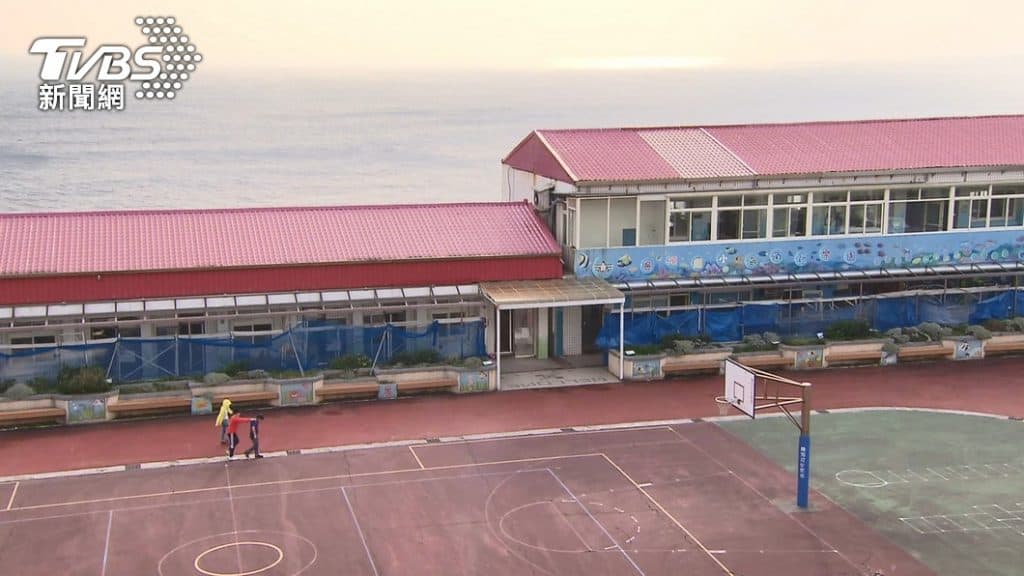 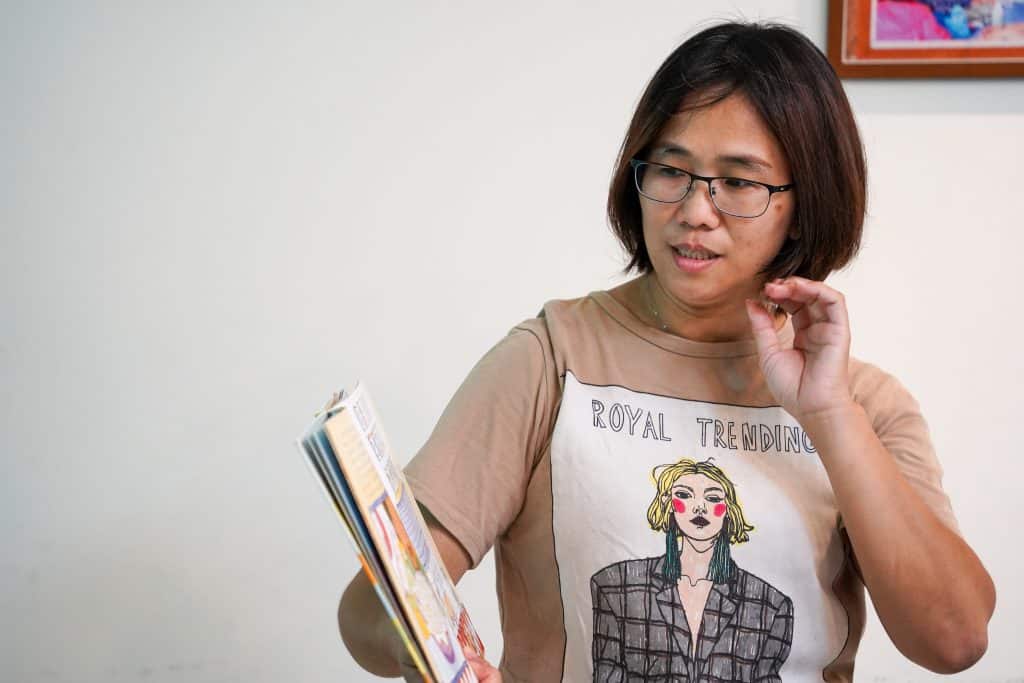